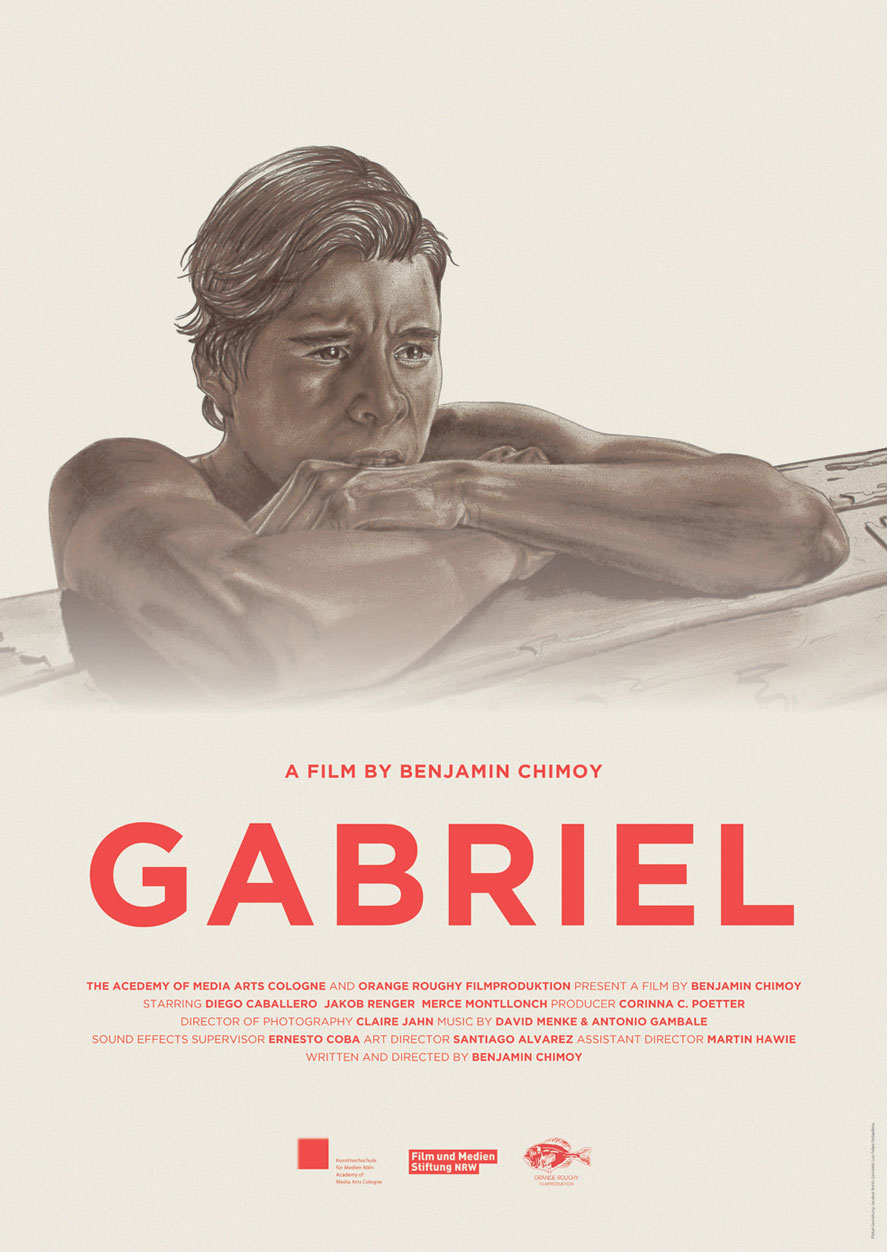 2013  Gabriel is the latest movie from director Benjamin Chimoy, it is about the struggles of a teenager in the times of discovering his sexuality and the problems it entails. The director contacted me for the realisation the movie poster which had to reflect the personality of the main character as well as attract the audience.

For this poster I chose to make an illustration in pencil because the main character also draws as an escapade for his frustration, so it was important to transmit this and we figured out that the best way was to make the main image a drawing as if it was one of the drawings made by Gabriel. The further development of the graphic elements was done together with Jacobus North and we decided to go for a very simple and sober direction.

In cooperation with Jacobus North.