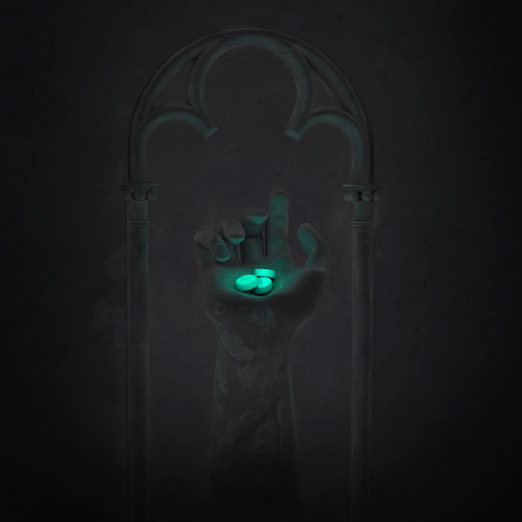 2015  When I visited the Ghent Altarpiece by flemish painter Jan Van-Eyck I was blown away by the quality and mastery of the pieces but mainly I was astonished by the grisaille paintings on the back of the altarpiece where niches with saints inside are depicted.

Ever since my visit to Ghent I came up with the idea of a series of paintings depicting things that our youth finds sacred nowadays and putting them in niches as in the back of the altarpiece. The decontextualisation of our modern objects of adoration triggers questioning in the expectation about the value and reason of such objects.

Before venturing myself into the realisation of an oil painting, I wanted to try out the looks of the whole idea with a 3D model in Cinema 4D. The model is based on my hand and the niche holds the same proportions as the niches in the back of the Ghent altarpiece. 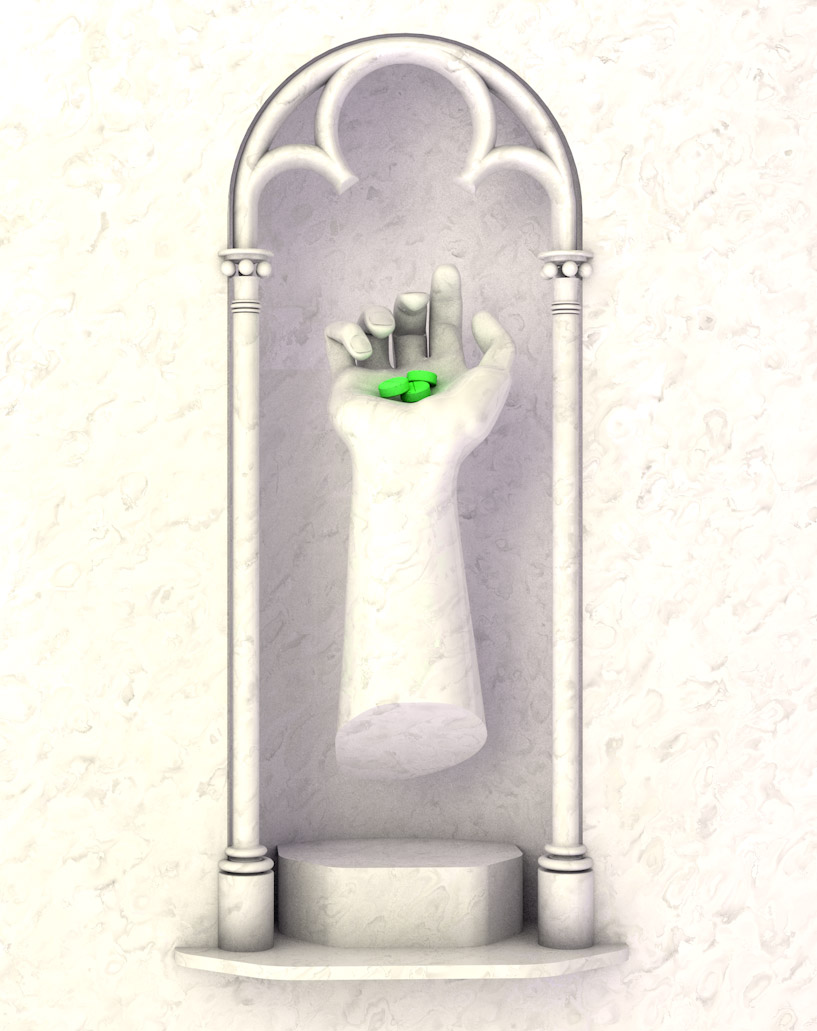